By Jim Bulling and Elise Hamblin

Contactless payment technology has expanded beyond traditional credit or debit cards to include smart watches and phones that are fitted with “Near Field Communication” technology. Westpac is now the first major bank in Australia to embrace “PayWear” as the next development in this space.

PayWear allows a consumer to make payments by tapping a “Smart” accessory to a contactless payment terminal. For example, Westpac’s “Centsitive Objects” range has reimagined the traditional Debit Mastercard as an accessory. Other smaller banks have also recently introduced PayWear options for consumers, including Heritage Bank’s wearable wrist band and Bankwest’s payment ring. 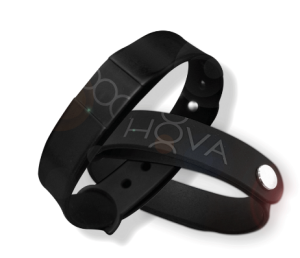 How does Westpac’s PayWear work?

The chip from a typical Debit Mastercard is inserted into a fashionable item which can then be attached to clothing or worn as jewellery. The “PayWear Cardholder” which holds the chip contains the 16 digit PayWear Card number and expiry date. While the appearance of the Debit Mastercard has changed, it offers many of the same features. However, limitations include the inability to withdraw cash or access “Cardless Cash” services offered by some banks.

PayWear is currently regulated in much the same way as a standard credit or debit card. However, there are additional security considerations around PayWear accessories. For example, Westpac’s “Nostalgia Pin” can be pinned to an item of clothing. This could be problematic where a consumer has forgotten about the Pin or does not ascribe the same level of security risk to a jumper compared to a traditional card. While purchases over $100 will require a pin number, a number of small purchases could be made before the PayWear is cancelled. Westpac offers reimbursements for unauthorised transactions but the consumer must not have contributed to the loss and must have contacted Westpac promptly.

As other major banks begin to offer this technology, consumers will need to be more vigilant and treat PayWear in the same way as a wallet or a contactless payment-enabled phone.